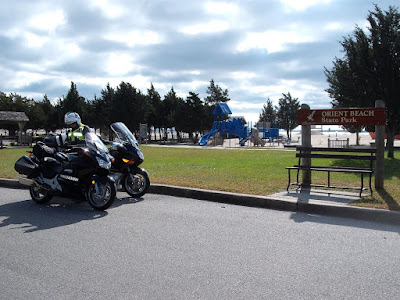 I met Greg from the LIBMWRC this morning at the Crossroads and we headed out to Orient Point via Sound Avenue. Once in Orient Point, we discovered the Orient Point Park. This would make a great lunch area during a mid summer run out east. 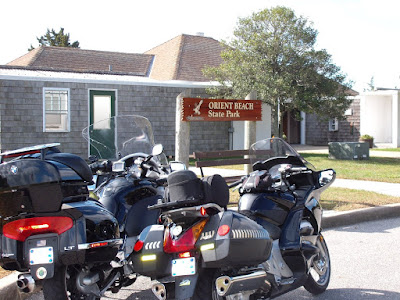 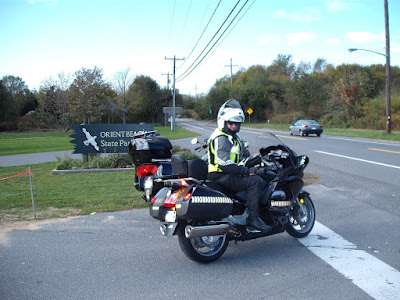 We then took the ferry over to Shelter Island and then again to Sag Harbor. It was then a quick run out to my favorite sushi place in Montauk. We made great time but were disappointed when we found out that they only serve dinner in the off season. Oh well!

We ended up in a neat little place simply named The Dock. I had a great tasting spicy shrimp quesadilla. Greg had a a nice looking Swordfish sandwich. Yum! 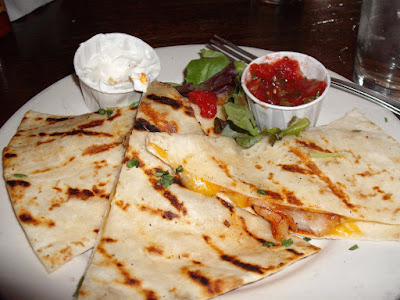 After lunch we were off to the Point! I got a little twisted up and we had to do a quick U turn to re-enter the park. Once there, we saw a ton of boats out in the water and a bunch of campers belonging to some surf casters in the parking lot. We also saw what appeared to be a classic car club from New Jersey. They has some very classy looking rides. 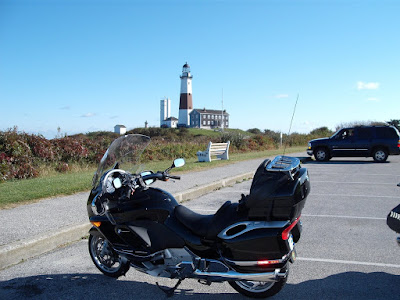 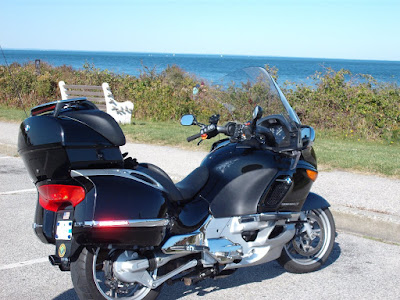 We hit some traffic coming back but wasn't too bad.