Here she is for her maiden voyage home! A little rougher than I though but still very cool.

A buddy of mine from work headed into Manhattan to pick up the beast. We made it in under hour. As we pulled up, Geoff was enjoying his morning cup of Joe standing next to her.

As stated in his eBay ad, Geoff had tried to restore her. He would work on her right there in the street. INSANE! It took a few trips up to his second story apartment but we retrieved all of the parts he had taken off to get to the water pump (and then some).

Sam did a great job securing the bike to his trailer. As we hit the Cross Bronx Expressway, we soon discover that the gas take was not secured to the frame as it nearly jumped off the bike and the trailer. Gotta love the fine roads in NYC. We had to pull over three times before we were able to secure properly.

We made it home and tucked her away in the storage unit. I can't wait for the garage to be built at home so that I can begin to retire this beauty.

Here is Janet testing her out: 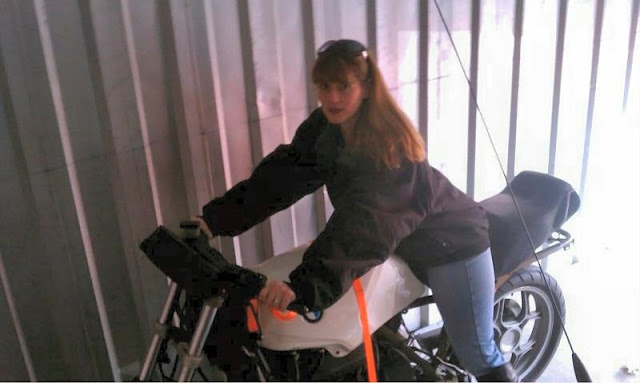 Posted using BlogPress from my iPad 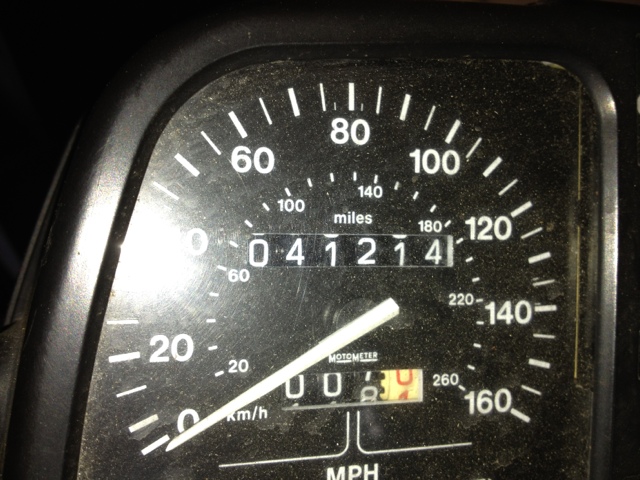